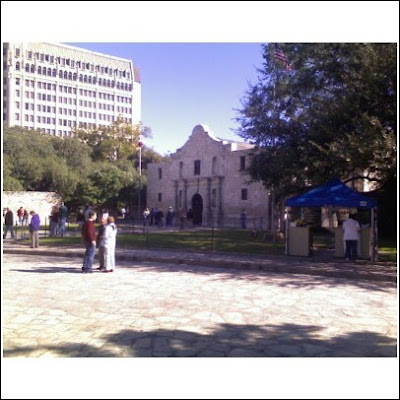 I’m shacked up across the street from the Alamo, which has some sort of significance in American history. From what I remember, the Alamo symbolizes the ultimate crash and burn. It is the go big or go home of the western story. Davy Crockett might have killed a bar when he was only three, but Santa Anna and his gang wrote the final chapter at the Alamo.

In the great American tradition of claiming failures as successes, “Remember the Alamo” became the battle cry that spurred Sam Houston’s forces to overrun Santa Anna and claim Texas for the Anglos, who previously struggled to adapt to the Mexican culture. Go figure.

As January draws nearer with rides foregone and forgotten, an entire lifestyle sacrificed for home and work, my throat rings hoarse in my thoughts-

8 Responses to The Alamo