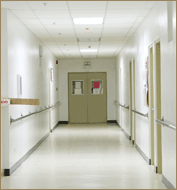 He was standing in the corridor of the hospital hoping he didn’t smell too much like scotch when he heard his name. Mr Manny! Shocked and looking guilty he turned to the sound, his name with a Mr. attached. He saw the protruding belly button stemming from the swollen black belly of a teenage girl. Manny was confused. It’s Kiya Mr. Manny!

Manny stared into the sterile chamber in the Nicu section of the hospital. He looks kind of Puerto Rican he thought. He knew this baby’s mother from his days working at a shelter for teens. All kinds of kids showed up at that place. Most of them just passed through and were gone, leaving nothing but the funky scent of toes and corn chips. This little Puerto Rican’s mother was a different case. Her family was poor, like shit ass poor. The kind of poor that comes with that certain smell-acrid, sweet, and fearful. Not ever having been that kind of poor Manny never knew the source of that smell, but he remembered it from some boy’s house growing up, a place he used to play on Saturday mornings. The kid had nothing but broken toys and Manny would ride into town on his Schwinn Scrambler and help the kid break what was left of his Christmas haul. This baby, the little Puerto Rican, his mother wanted it all. It all wasn’t much. She would come to the shelter for a few weeks at a time and stock up on nail polish, lip gloss, socks, underwear, and maybe submit to a trip to the health clinic or the dentist before her mother would come around to collect her- sitting dead-eyed with some 22 year old white girl counselor telling her ways to improve communication with her daughter.

Manny tended to go outside when that part happened. Now, with a newborn baby sucking for air in a plastic case that looked like something used to store a comforter, he figured that Kiya’s days of nail polish and lip gloss were over.

One Response to Manny gets a surprise