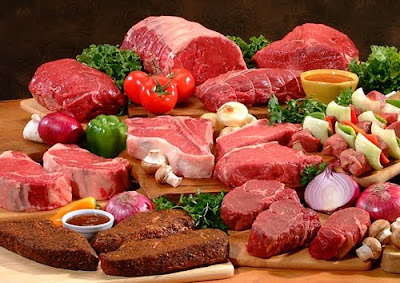 Tommy (not his real name) stopped by today and was telling me all about his woman across town and his woman out of town. These would be Steak-and-Shake on Capital Circle and Wendy’s in Valdosta respectively. Living in a primarily vegetarian household he doesn’t eat a lot of flesh on a regular basis, especially not beef. Now, after many years of getting his meat on the side, he says that he actually begins to perspire while eating it, as though his body is increasing its metabolism just to process the huge caloric load associated with a Royale Steakburger and fries. Have you ever heard of this? Do you get the meat sweats? Does eating meat make you sweat? Is it possible that he is actually exhibiting some kind of meat lust instead? I hope we can have a mature and safe dialogue about beef-related perspiration.

On other matters- Some fool on the internet was trying to say that cycling burns more calories than any other exercise and I’m saying that it is 100% grade A bullshit. I have taken pride for many years in my ability to ride dozens of miles while expending more energy complaining about the ride than actually pedaling my bike. Even if putting forth an honest effort, going all out, you are still enjoying the benefits of a weight supporting apparatus, coasting, and mechanical advantages such as 24 gears and sealed bearings. I submit that cycling falls far short of such activities as running, racquetball, or picking tomatoes (commercially.) I tell you, the internet is full of crazies, you have to watch it out there. I will be glad when the internet runs its course and we can go back to getting our information the right way- from Encyclopedias, grandparents, and watching television after midnight.

And another thing, this repetitive use injury? I’m not enjoying it at all. Not being able to ride my bike for significant portions of every day, or prepare or recover from doing so, exposes some big weaknesses in my overall life strategy. I need to diversify. You take the bike away and all I’ve got is a job, a cat, and some friends. That doesn’t make me a pauper by any means, but it is going to get real boring in the later years if I don’t change my ways. I need to get serious about recruiting a Juanchette around here, or maybe start doing crossword puzzles.

← Patience is what hurts you
The Anniversary →