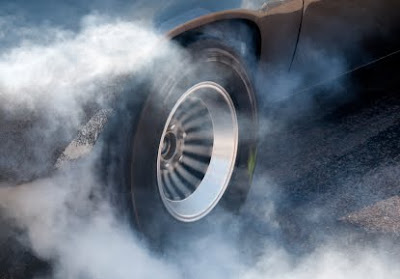 Ninety-five degrees in drought conditions used to guarantee a man some peace if he was brave enough to ride the Munson Hills trail. All you had to do was deflate your tires to 8 lbs and get to suffering. Now that it has been reduced to every trail USA status and paved over like a pitcher’s mound it is a straight-up race track. I pulled into the parking lot bumping that new Lady Gaga and crowds of riders receded like the tide. There had to be 100 of them, or at least 30. The Wrecking Ball was there, grinning like Timothy Leary and I knew it was so, so on.

We rolled out a first lap at a sporting, but conversational pace and I began to doubt the on-ness of the evening. Maybe a nice, friendly ride was in order after all tonight? We finished that first lap in the same Soviet-style form in which we began, wheel to wheel, no gaps, no passing.

The second lap thinned the herd a bit and all doubt of the on-factor fell away. The dust was thick towards the back of the pack and WB’s and my commenting tapered off with the rising of the pace. Swoosh! Riders were blowing up now, yanking out of the way in desperation, gasping on the dust. Many fell victim to the brown ice and crashed out. I could hear WB’s asthmatic rumble pumping like the bellows, but you could not fit a sheet of paper between his wheel and the one in front of him. During a discrepancy in the trees I made a quick move using my superior handling skills and edged him out of the way with a little gentle elbow contact. He countered moments later using what I am certain is an unauthorized line. It all seems a blur now, but at some point WB was no longer in front of me, but laying down off the trail in a swirling cloud of dirt. I flashed him the whites of my eyes and focused on the next wheel ahead of me.

From that point on I knew only pain and hypoxic dreams. I wasn’t on my bike anymore I was 10 years-old and playing in the hose in the front yard. I wasn’t on the bike, I was taking the GRE the day after Halloween in 1997. I wasn’t on the bike I was an old hound dog sleeping under the porch. In truth, and you probably figured this out already, I was on the bike- and getting dropped.

← It Gets Harder
Time Out →