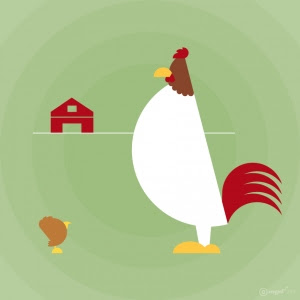 The ride rolled away from us while we were unloading our bikes from the van and that didn’t sit well with none of us. That meant working our way through the pack starting with the slowest and greenest, then working our way past the nature enthusiasts, closing in on the daily drinkers, the muffin-toppers, the slow B groupers, and hopefully finding the wheel of some quick B+’ers if not an A rider worn out from the weekend. I felt pity for none of them. I have been eaten alive, regurgitated, and re-animated on the trails of Tallahassee. Been there and did all that. It was treacherous. We passed on the left, we passed on the right, we passed through the bushes and around the trees. Sometime around the old trailhead we broke free from the pack and had clear open trail ahead except for one flash of jersey off in the distance, which we felt compelled to run down. Some chickens are stronger than others and this pullet was trucking. I turned myself inside out to reach him on the final climb back to the bench and I had him too. I thrust forward my talons and prepared to scoop him up and then, WHAM! I hooked a vine that yanked me straight into a tree in slow-motion cartoon fashion. Dashed!

Back at the bench, the gentleman we were chasing remarked on how startled he was to hear me crashing behind him as he was unaware anyone was back there.

You don’t hear no chicken hawks until it’s too late.