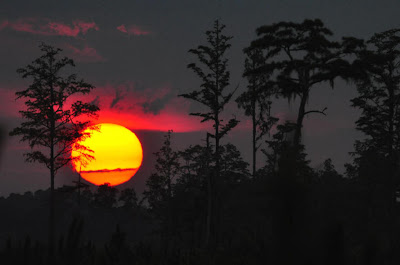 Better than an Easter egg, is a poem in the hopper from Scotty B. I reckon he is lauding the annual ride through Tate’s Hell swamp. Click the title to ask him for details.

Ride west where there are more hills and
miles and miles of abandonment
taken over by bears and grizzly old fuddy duddys
squealing “whoop-de-doo – de – whoop-de-do!”
getting lost themselves – in their own respective homes
like CeBe Tate so many years ago

5 Responses to To Hell and Back