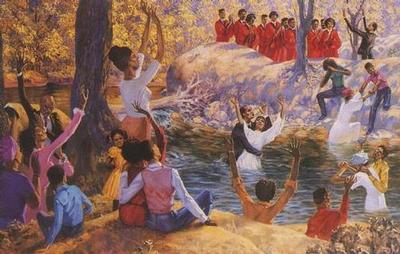 Sasquatch now has the mic in his big furry paw, y’all give it up for him one time.

A couple weeks ago I had to travel to Panama City on business, so I took my bike and my tent and told the wife not to wait up cause I wouldn’t be back until the next day. That’s how we roll in the Castle de Sasquatch. I waited a full five seconds before whispering, “Please?” A bitch has got to know his (I mean her) place. I don’t play.

I clocked out around 4:00 P.M. in Panama City and went in search of the closest LBS. I found a great one with a cool owner and he sent me to a state forest twenty miles north of Panama City (away from the beach and into the green) called “Pine Log State Park.” For those who don’t know, the Florida Panhandle interior is so thick and green and hazified shimmering empty you feel saved just driving through it. Of course if your groove doesn’t materialize and you don’t get high on the humidity and snake-flavored varmint breath oozing from the swampy, black river laced pine stand Oak hammock cicada hum you’re cruising through, and if you don’t have to roll your window down and turn the AC off just to goddamn SMELL it good, then you know you’re NOT saved. One man’s heaven is another man’s hell, but my main point here is that I was one blissed out dude in these conditions, saved as a motherfucker.

Pine Log State Park is just your average patch of woods not close enough to anywhere special to attract development, and probably originally owned by somebody rich enough to donate a ton of land to the state without drawing the wrath of his spoiled heirs. I’m not saying it’s not nice – all clay dirt roads snaking through towering pines with a pond or two thrown in and a mountain bike trail for good measure – all I’m saying is it’s not known for anything distinct. It’s just a chance to pull off and play in the Panhandle landscape that I’ve already established cures sweet and smokes smooth in my pipe.

That trail was fun as hell!! And the main reason it was so fun is because it was brand new. You could talk to it like your bitch and it never rolled its eyes. “Oh, it’s the inclined, rooty section – that’s all you got?! Mr. swampy drop, that’s all you’re bringing to the party?! Hey it’s the big bad double log jump with the switchback kicker – where’s the rest of you?!” This trail had lots of nice long wooden catwalks over swampy sections, and smacking them hard out of the saddle in the big ring the woods would whisper in my ear that planks might be missing or rotten or who knows because every inch of this trail is brand new to you, but I wasn’t slowing down a LITTLE bit. This was partly because I’d read the trail review, but it was also because once you’re warmed up on a trail with flow, there’s nothing better than riding at the edge of control and watching with interest what the fuck is going to happen next. And when I say “on the edge of control,” you have to imagine 6’4″, 240 lbs on a runaway 29er flailin and floppin and slidin and skiddin – bursting wide off the trail on the corners and lumbering back on a line so sloppy nasty fine you wouldn’t want to look but you couldn’t help yourself (tell ‘em Juancho).

I’m not sure how this happened but I ended up on some mystery trail across a state road I don’t remember crossing, and when I broke out on the wrong side of that state road I was looking across at a double track dirt road behind a padlocked gate with a sign on it that read:

It would take an electrified, fire breathing gargoyle with attitude to keep me off a double track road leading to the mysterious Baptismal Hole Primitive Youth Camp. I was over that gate and pedaling down that road before the locals even had the time to notice. And what a sweet, ride-ending detour it was. At the end of this double track was the most perfect little Baptismal Hole you’ve ever seen. It was a 90 degree bend in a black river/creek, about twenty feet wide at the bend and five feet deep in the middle. A Live Oak branch from a nearby tree with hanging moss swooped out, down, and across a portion of the river like a divinely appointed handrail in a church baptistry. I went to strip off my clothes and was set upon by more mosquitoes than you can probably imagine. I was breathing them in and they were trying to suck blood from my lungs. Baptism by mosquito fire was another option in this hallowed spot, so I just jumped in with all my clothes on and immediately discovered that this sweet black hole of redemption was spring fed and soothing beyond comprehension.

For a while I tried to figure out how a preacher might negotiate full immersion baptism with a current. Would he dip the beloved back into the oncoming current, which would mean the baptized would feel the full power of the cleansing water washing over his brow even as he pushed against it, or would the preacher dip the lamb with the current, so that while immersed the baptized felt he could simply relax and float away on a cleansing stream of liquid grace? I baptized myself both ways two or three times for good measure.

When I got out and pedaled out of there I didn’t feel any wetter than I had pedaling around in the liquefied air of panhandle summer before I found the hole, and I’d found an even deeper level of bliss, somewhere along the order of transcendent.

← What the Manatee knows-
Standin’ at the Crossroads. →

7 Responses to A Dispatch from the Field