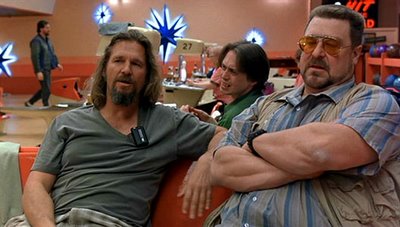 Saturday morning I found myself on the basketball court behind the house, gasping for air and driving for lay-ups. It was a struggle, but we fielded a group of four and squared off for a little dos a dos. Playing to eleven by ones, make it-take it, no three-pointers, proved more difficult than it sounds. By the time we made it to 5-5, we lost a man to forfeit. He lay in the dirt glowering at us through his shades, all played out after 25 minutes. Unfortunately his partner had no choice but to ditch it as well, leaving my boy Josh and I to face off one on one. I tell you this for narrative background- Josh is a Jewish Choir Director, and one mean baller. He’s quick, tenacious, and unafraid to drive the basket. So there we were, a Jewish Choir Director and an international jewel thief/spy throwing up brick after brick like we were building a church (or temple).

I’ve been hearing a lot of talk about the benefits of sprinting, or quick anaerobic efforts as opposed to the all day endurance workouts. I can continue to ride far and slow, but if I am going to hold my own at a full Summer of Thursday night Time Trials and Dirt-Criteriums, I need to get some heavy explosives under the hood. I figure basketball is the answer.

It damn near killed us, but in the end I won it with an under the basket/no-look/underhand hook, a shot I picked up from my best bud growing up. (Thanks D!)

Josh was cheated, but basketball is a sport known for treachery and gimmicks and he should have expected something was suspicious when a squatty, 5′ 8″ man positioned himself under the basket instead of hurling the ball from the perimeter like a cave man attacking a wooly mammoth with rocks.

All that is to say that the rest of Saturday was spent in a trauma-induced befuddlement. Decision-making was near impossible. We spent a good 2 hours discussing what to do about dinner, decided to go out “Yes, definitely we will go out!” This commenced a new round robin of determining where, what, and would there be graduating people and families standing in front of us? We went for BBQ. Graduates and celebrants wouldn’t want anything that messy right?

We’re pretty much rocket scientists, because Gertie’s was empty (www.flbbq.org/joints.htm)

We would watch movies in the back yard. Through our exhaustive resources we were able to collect projector, DVD player, speakers, an unused shower curtain, one copy of “The Big Lebowski” and fixins for White Russians “Careful man there’s a beverage here!”

I shouldn’t have to tell you how this type of creative thinking and motivation flies in the face of standard, off the rack, 10th Avenue motivation. There was just something about the warm and languid breeze, the sense of summer on the horizon, the relief that twenty or thirty thousand people were leaving town for four months.

Things are looking up, and we haven’t even gotten the new pool yet.

4 Responses to Chuckin’ the Rock with the Boys on the Block.