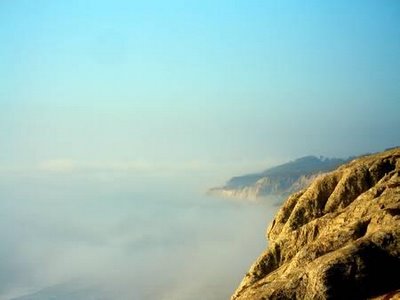 I have heard that prior to jumping, skydivers often nod off in the plane. Something about the focus, or the nervousness just puts them to sleep. Watching a man step off of this cliff and float over the Pacific Ocean had the same effect on me. Torrey Pines, famous for golf, also hosts a nearby “Glider Port” for hanggliders, paragliders, and model planes. The model gliders were graceful and made cool air-ripping sounds as they banked and whirled above us, but it was watching a person float over the edge in slow motion that put me in a trance. Cyclists make a lot of comparisons to flight- but after watching someone fly- I’m afraid we might have it all wrong.

On location in San Diego, CA.