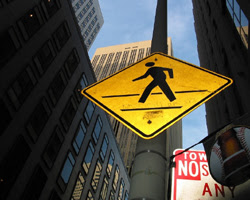 Have you always been a rider? Like, since the first time you ever pedaled a two-wheeler by yourself have you had any long, dry, wheel-less spells? I’ve been thinking about that recently as my Jamis Dakar trail glider lies behind a wall of furniture and rubble. With the exception of a few off weeks, the current riding lifestyle has persevered since 2001 when I bought a Jamis Eureka to celebrate getting out of college for the second time.

Before that I went through a few years where the bike was not even a factor at all. That sounds pretty weird. Too weird to say out loud, that’s for sure. There were just a few years in there between 1988 when I got serious about a bicycle as my weapon of choice, and today, the modern era, in which I command an online universe of cycling lore and slay trails as needed. Ah yes, there were dark times.

Upstate New York- Wine ruled the day for 5 months in Sackett’s Harbor, or “Scratch it Harder” as the winter-weary locals liked to call it. I never once rode a bike. No wonder I hated it.

The first few months in Portland, OR when I was afraid to go out in the rain.

A few summers in Bozeman, MT where the bike was an afterthought to rock climbing, caving, back country ski-packing, and all that other big country stuff. The bike was there for the occasional woodland epic and for getting to and from the Molly Brown (bar) on icy, Guiness-soaked roads.

Yep, that’s about it. Other than those few lapses I’m claiming 18 years of steady pedaling.

And I will be out there today (Northside)-