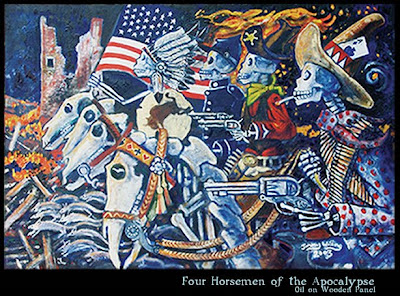 “Let’s do something different” he said, while the three of us stared at him like he had been rolling in shit. No, actually it wasn’t Cupcake, it was Tommy (not his real name), for the record.

“Okay, great!” I said. “Let’s ride up Blairstone and take the old Albertson’s trail!” Now I am the one who rolled in shit.

So we wandered. We found an abandoned building from the olden times. We went 40 mph down Mahan drive jumping curbs on the sidewalk. We rode Tom Brown Park backwards. Yes, we are quite radical.

We saw the bikechain crew. They were pushing their bikes up the Cadillac trail because they said it was too bumpy.

We saw someone else out riding with his special lady friend acting like he never got the text this morning. Mmmmm-hmm. Yep, yep.

Then we pulled out our cuchillos and went to cutting and slashing on each other all the way out the secret beach and back to town. It was ugly, muy feo. The Trails ran with our blood.

That Cupcake, he is wily.

Enough suspense. I’m calling it. Best ride of the year.