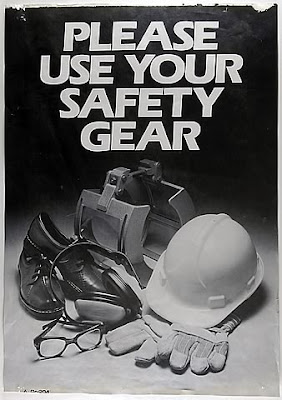 Another friend suffered a near-catastrophic injury a couple of weeks ago. I refrained from writing about it until the pins and screws were placed in his wrist and his memory was partially restored. This time it was a 12 foot free-fall interrupted by some cold concrete. Lucky for him he hit some large beams and a table saw on the way down, which helped orient him into a non-neck breaking position. He was sleepwalking at the time so we have no clear forensics on the accident. The dogs licked up the blood leaving scant evidence. This fellow is notably more hale than your average 40+ office pogue and so with broken wrist and an open wound in his head he climbed back into the loft and tried to go back to sleep.

He found sleep to be elusive.

Now he is resting comfortably with some serious hardware and a new appreciation for ambulating un-somn-.

This brings the 2010 body count to an impressive level. I can’t remember this much carnage since the summer of 1991, and most of that was the same person (Darin).

We still have a couple of weeks left in 2010 so it is not too late to take your lick and be counted. As far as I know, the stats look like this-

I think I am leaving someone out, but that is enough that if I had a point to make it would be made by now.

← Take Five
My very own personal ray of sunshine →