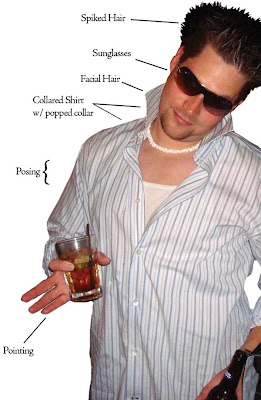 I am the son of a carpenter. His father, my Papa, was a carpenter also. He served in the SeaBees Naval Construction Force. My brother is renowned for his knowledge of tools and trade systems. We built our house when I was about twelve. My brother was six. He was on the roof hammering in shingles while I walked around below picking up lost nails and scraps of wood. I was not jealous. I thought he was being punished.

I am told I was a pretty good waiter, and I can cook anything under any conditions. I was a better than average breakdancer and I won an award in World History in 10th grade. I am not without worth.

Tools though, have a way of getting lost, or not being where I want them to be when needed. Tools are never the right size and they are rarely charged to functioning capacity. Tools for me have been unreliable. Most of my friends take a lot of pleasure in strapping on the tool belt and going about the manly business of tooling. My friends can build rock climbing gyms and pole barns. They can tile floors and mix mud with Tommy’s drill, “Old Grandpa.” They lay fiberglass in the boat and run duct work above and below as required.

For me, this type of activity means picking up nails and being confused. I can’t keep the necessary steps in the right order and every act appears to be random and mystical. As they solid block the floor joists I wonder if burning some sage might not accomplish the same thing. Once the nails are picked up I get right to the next task, feeling dumb.

Things might be changing though. Mungam, Robot Army Regular, stopped by last night to further improve upon the rescue job Tommy did on a leaky faucet. I helped. Fixing stuff is about more than feeling stupid. It is about spending time with your bros in comfortable parallel play activity. It is about self-reliance and the joy of knowing what you have to do today. When the hot water is running freely you don’t deliberate between a bike ride or yoga class. You make the water stop.

Mungam and I rode to the big Hardware stores in his gigantic pickup truck and just riding shotgun in such a rig extended my manhood a quarter inch. At one point I encouraged him to go ahead and ram the Kia in front of us since we were almost in the backseat anyway. “Nah” he said. “She should hang up and drive, but that’s somebody’s mom.” A garnet-colored H2 Hummer passed us on the right and I said, “What about ramming that guy?” With a glance Mungam said, “and that guy is somebody’s douchebag cousin.”

You got to love tools.