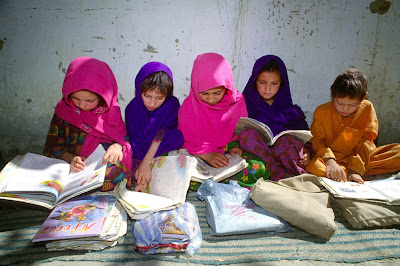 He does not want to do it. He is 7 years old, but as big as a 10 year-old. It is hard to reconcile foot-dragging with his sturdy build. He looks like he will take your bike and ride away with it, not a scared boy who does not know how to ride a bike. We met once before. He is sardonic and bright-minded. He is a talented video gamer who likes jumping on his trampoline. His mom recruited me to help get him rolling. This is an honor. I know about challenging kids and I know about bikes.

I am the man for this job.

I ask him to push his bike and follow me over to a field in the park. He gives me an ugly look and shoves his new bike to the dirt. “I hate my bike! I hate my life!”

Maybe I am not the man for this job.

Sitting on the bike he refuses to grasp the handlebars, placing his hands lightly upon them. He is making me hold him up, turn the handlebars, and provide the motivation. He allows me to push him in circles, unwilling to grab those bars and take control. Sometimes he grabs the brake and makes me stumble to avoid racking myself on his back wheel. This is funny. He smiles.

His mom is encouraging and cajoling as he tries to quit. I take a needed five. I suck at this. I have ceased caring if he ever rides this bike. In fact, I hope he doesn’t. A bike is a miracle gift from the universe and not everyone deserves such joy. Riding a bike is a privilege. I am thinking of poor children to whom I can give his bike.

We are defeated, he and I. Two miserable people in a field under the sun.

“Get off the bike” I say. He gets off and I ask him to put his hands against mine, which he does. I push and tell him to push me back, to try to push me across the field, to try to push me down like he pushed his bike over. He pushes and I resist, digging my feet into the dirt. He is strong. Seven years old, and powerful as a pit bull. He is a football coach’s dream, and his mother’s last nerve. I tell him if he can’t push he will never ride this bike. Riding bikes requires force, the thing that moves us all forward in life. We push on pedals. We push on handlebars. We hold on for dear life and we go hard at it. The pushing keeps us upright and moving where we want to go.

My feet slide in the dirt. His bottom lip is out and his face is screwed down with effort. Pushing me out of his life is the offer of the day. We push determined.

“Excellent,” I tell him. That is how you must be to ride this bike today.

He is back on it, with mom taking over as the stooge who will rack herself when he hits the brakes. They make a few passes and he is turning the pedals. I see that his feet are big and he is struggling to find the sweet spot where his foot goes on the pedal. He is seven years-old, afraid and embarrassed with an almost stranger watching him fail. Now sidelined, I cheer. It makes me feel better. I want him to be among the blessed, the two-wheeled gods.

“Maybe you just want to do it by yourself” mom says. “Just try it without either of us holding on to you.”

He sets his pedals at 3 and 9 like we taught him. He looks down and squares up his big, floppy sneaker. The ball of his foot is square on the pedal. His mom gives him a push off and he is pedaling hard, crouching down over the handlebars and wobbling away. He goes 100 feet and then comes to a stop, putting his foot down.

It is a miracle to see this child break free from the earth and float across the grass. I scramble to my cruiser and ride to him. “Let’s go for a bike ride!” Now it is like any other ride. We are pedaling side by side around the field and under a big Live Oak, now back to the volleyball court and mom. I am talking and he is not listening, focused only on the next 20 feet at a time. A car honks in support. He acts nonplussed at the attention.

Of course he can ride. Nothing to it.