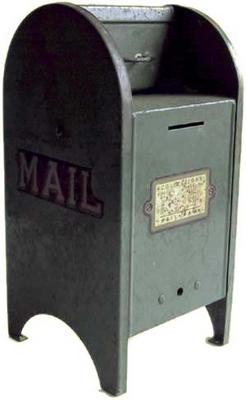 Some armchair blogger accused me of “mailing in” my post last week concerning my abnormal sleeping habits. ‘We don’t want to read about you waking up in the morning” he told me.
Another trusted loyalist commented I was “all over the place” in that one. He seemed to think it uncomfortably intimate to picture me rolled up 10th Ave ghetto burrito style.

So, gentle readers, I’m going to fax this next one to you, or maybe launch it like the damn space shuttle. I’m going to shoot it straight into the mainline of your underwhelmed psyches. No more pulled punches for the marks at the circus, get out your wallets and prepare to be fleeced.

Thoughts on the Tour.

I have seen a lot of this type of grousing…

Now I’m no rocket scientist, but it looks to me like road racing is similar to playing chess while someone kicks you in the nuts, and old George must have had his cup in. Other than marrying a podium girl from the tour a few of years ago, George hasn’t won any individual tour victories.

So for the record, the Big Ring Circus applauds George (Who the fuck is that?) Hincapie.

Now, about my so-called “slump”.

Sasquatch delicately mentioned that maybe– staying up all night, drinking, smoking, and playing darts is not really helping me in my quest for total domination. He’s no rocket scientist either, but he’s closer than me. What do you think? Is there a possible connection between my VO2 Max (Ability to breathe I think) and smoking tar?

Does riding in the heat, dehydrated like an astronaut’s breakfast affect performance?

Is it also possible that riding with an icepick headache in your temple could have some impact on my morale, my motivation, my enjoyment of a ride?

I don’t know. That sounds like a lot of Chicken Little-ology to me, but I value your opinion.

And then, so if I change my ways–Let’s say I drink supplement shakes, I go to bed at 10:00 P:M, I save drinking for the weekends only, I get plenty of rest (actually I’ve got that one wired), and I avoid the camaraderie of my non-riding 10th Ave peers, where does that leave me?

If I then succeed, is it a pyrrhic victory? To sacrifice so much to gain, what?

Hmmm, Total Domination does make me salivate with hunger.

I’ll leave you to chew on this, I don’t remember who said it.

Perseverance or obstinacy? Place your bets.