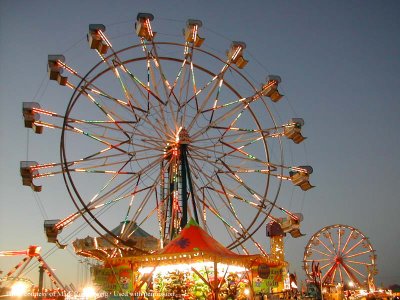 The Fern Trail was sporting some brand new, man made accoutrements this weekend. A ladder bridge/ ramp and a short launch ramp through a previously messy, sandy section. Is this the work of BRC friend, Aucilla Sinks?

Tropical Storm Alberto looks like it will deliver a good dousing. Tallahassee is in the projected path of the first named storm of 2006. On base with the first swing, an excellent start to the season. The forest zamboni is on its way. See you at Munson Wednesday.

Fixed Gear Phil was in the woods yesterday crossing genres. He gets the big stick award for taking two nasty bails, leaving blood on the trail, and most importantly riding 20+ miles in cotton shorts. I know lycra’s not very hip attire, maybe in South Beach, but sometimes you have to go with what works. All the same, Phil proved that never coasting makes you strong like bull.

Juancho 2.0 had a good run yesterday and is now back in the lab.

SORBA- Get your individual memberships at www.sorba.org and contact me by
e-mail at loveyourbike@gmail.com regarding the development of a Tallahassee chapter.

This means you Tallahassee off road riders. Its like this:
Membership = right to whine about trail development and advocacy. No Membership= right to whine, but not to expect much of anything from it.

My friend Carlos told me this story about his notoriously eccentric father Enrique. Enrique is responsible for getting Santana into Woodstock, among other things. He is a renowned Latin musician and infamous scofflaw.

Enrique’s brother in New York needed a gun for home protection, so Enrique packed a .38 he had lying around into a box and mailed it off to New York.

The FBI dropped by Enrique’s house shortly after, but luckily he was not home and his daughter did not let the agents come inside. She warned Enrique that the Feds were looking to talk to him about mailing guns, which is apparently not legal. Enrique, thinking fast, finds a box similar to the one he used to ship the gun, and drops a transistor radio inside. He then waits for the FBI to return.

The feds return. He invites them in. They confront him about mailing a gun. He completely denies doing so. “But sir” they say, ” we have the gun in our possession, with your return address, and I’m sure your fingerprints are on the gun itself”. “WHAT!” shouts Enrique, “A gun? I never mailed any guns. I sent my brother a radio.”

The feds go on to explain that they do not intend to file charges, but they need to confirm that he shipped the gun so they can close the file and write their report of the situation. Enrique continues to stonewall them. “A gun? No, my gun is right here, I’ll show it to you.” He produces the box with the transistor radio. He pulls out the radio, “What the hell? This is the box where I keep my gun, oh no, I must have mailed the gun by mistake!”

The Feds, I’m sure, look at each other in disbelief. Enrique vehemently sticks to his story that he must have confused the box with the radio and the box with the gun. The FBI agents, dismayed and frustrated, eventually leave, empty-handed.

I wish I could read that report.

6 Responses to The View from the Midway