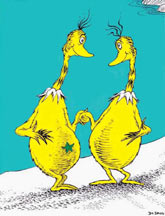 With the rise in semi-organized riding activity around town, the use of a ranking system has casually insinuated itself into the local lexicon. On Thursday night, you may hear, ” If we have enough people we can hold a “B” group sprint. Not meant as disrespect, it is merely a way to distinguish between the fastest and the…and the…getting faster all the time.

Now, ever vigilant to the spoiling odor of roadie culture, I think it is time to address this.

There may be some practical need to establish a hierarchy at certain events, but the inherent bikism in using an A vs. B categorization must be stopped! A “B” implies either a disadvantaged genetic package for cycling, a lack of effort and skill, or worse- a lack of dedication and commitment to the sport. Yes Sir, Yes M’am, the “B’s” must rise up. I am fairly certain that this nomenclature did not worm its way in by someone self-identifying as a “B” rider. No, this label comes from those who consider themselves “A’s”.

Perhaps the “A’s” do not understand that there is no glory in being the best of the not as good. The glory is in hunting giants with the hope of seeing their smug visage in the rear view one day. If it never comes to pass? No matter- the glory is in the chase, not the trophy. Riding a bike through the woods is about so much more than speed and pace. From now on I will rank riders as “1’s” or “2’s” based on their ability to: repair their own machine in the woods, tell a good story, bring tasty snacks that they share liberally, clean obstacles rather than dismount, choose the most graceful line, identify flora and fauna, and sacrifice personal interest for the good of the riding group.

Of course I won’t actually do that, but I hope you see my point.

Now if you will excuse me, I have to “B” somewhere.