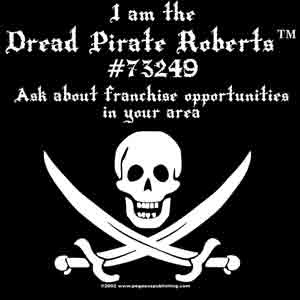 In the movie The Princess Bride young Wesley must endure the nightly routine of the Dread Pirate Roberts saying goodnight with the phrase, and say it with me here- “Goodnight Wesley, perhaps I will kill you in the morning”.

That is pretty much how the Alachua-Marion County Mafia is doing us Tallahassee boys. “Goodnight boys, perhaps you will be registered for San Felasco in the morning”. Pa Ingalls suggested that training as though you are a sure thing for the event is really the best way to go because then you are ready to ride, which is its own reward.

HA! At this time of the year, what with a perpetually spinning calliope of late nights and good times available, you think Juancho the Angry Monk is going to re-assert himself for no tangible reason? No. Only the very real threat of very real suffering is strong enough to motivate the Angry Monk during the Holiday Season.

Like the Sword of Damocles, the San Felasco 50 spins above my head. Despite all of my earlier preparations (which were launched too soon by the way) and all of my exhortations laid out on the field of humiliation at last year’s event, I am poised to roll into the event underprepared, underconcerned, and most likely- underfoot.

Perhaps that is just the San Felasco facts? Perhaps that is the tradition? OK, here goes- new party line- anyone who is trained and fit for the Felasco is weak. The Real Studs do it as an “off the couch” event.