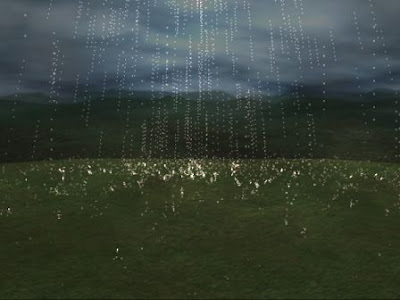 Restless and discontent I woke from a late nap. I sat listening to traffic, then listening to the Democratic candidates squabble and squawk their discontent. Too early to go back to bed, too late for dinner I went down the street to Poker Night to see who dragged themselves out for the 982nd consecutive Thursday night game. A cheery table of eight were tossing hands of Mango, Baseball, Shmooli, Jacks back, Acey Deucy and pretty much anything else as long as it is not actually “poker”. Squabble and skirmish, grumps and harumphs, this just wasn’t doing it for me either. I eased out.

Back at the house, folded into my mini couch, detachedly watching a mutual pummeling on the UFC I heard something different for a change. It was raining, honest true rain. I turned off the idiot box and turned off the lights, opened all the windows and just listened until it stopped. I could hear the whole town sigh with relief.