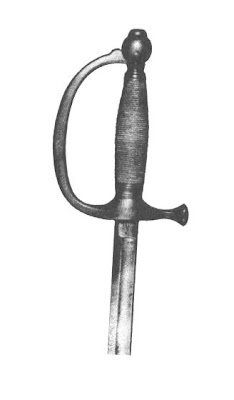 A few posts ago a fight broke out here in the circus stands when Dr. Detroit and Dogboy squared off over “burliness” in cycling. (See comments section of the recent post entitled, “Fat Lad Doesn’t Care”). Predictable responses flared up like a small-town fireworks show.

Dr. D. kicked it off with a cranky Rodney King diatribe aimed at BRC culture (Can’t we all just ride our bikes, you macho losers?). HiTops promptly dove under the couch, peeing on himself a little with the self-deprecating, “projection” defense (We hate ourselves, bro!). Dogboy came hard with a chest-pounding, noble savage defense (I kick ass, but only after I’ve tended the babies!). Wrecking Ball, applauded by Jill, came off the top rope with a message of tolerance and diversity, nicely couched in sarcasm, and the rest of us alternately piled on and scattered like derisive jackals. It was big fun.

But here’s the thing: the beast lives. Call it the Id (if you’re fond of cigars), the Warrior, the Wildman, or the Witch, but the beast lives in you. If you don’t set a place for it at the table with the rest of you, you WILL be feeding it out back. And when the beast needs an efficient fork for gathering the weakness of the OTHER and stuffing its greedy face, a bicycle will do just fine. A bicycle will slip in between your ribs silky smooth and silent, and a talented assassin will never even mention the tastiness of your heart. He might be pedaling along talking to you about a party or his dog or his investment plan while he wipes his blade clean of your boiling blood.

It’s the roundness of those damn wheels. They roll. They roll when you’ve got a hundred miles left in you and they roll just the same when you’re silently praying to make it the last block home.

Four riders, each cruising along together at 21 miles per hour, can be in four, completely separate states of being anywhere between lifting off to heaven to dangling over hell, and all four sets of wheels roll just the same. Those wheels roll smooth, straight and true, even when your heart, legs, and lungs are playing a cacophonous symphony of suffering only you can hear.

Remember when you used to light firecrackers and the fuse would burn all the way down inside one of them, but then for some reason it wouldn’t blow? It just lay there in the street, bristling with intention. You’d have no idea if it was safe or if it was a slow smoldering cannon stringing out the blow until the moment you reached out to pick it up. Cycling pain and its delivery systems are kind of like that.

You don’t know what you’ve got compared to what the other guy’s got until he either explodes up the trail away from you or implodes to a crawl behind you. Maybe he stays right with you but you don’t know what that means either. You’re sure he’s got to blow soon but he doesn’t, maybe because he’s just barely strong enough to stay ahead, or maybe because he’s humoring you, or maybe he’s thanking God you both have to stop to consult a map, or maybe right in the middle of wondering about him and how close he is to the crushing point, you blow, or you catch a second wind and you’re invincible again and its not even about him any more because he’s functionally dead in your shiny wake. Meanwhile, to the fox squirrels watching from the trees, it all looks like a pack of shiny beasts running through the woods at 16 mph, unified like migrating Elk.

10 Responses to Bike as Sword