Big times this weekend. Two of my favorite things are converging. That’s right, peanut butter and marshmallow fluff! That’s beside the point, I’m actually talking about Art and Bicycles. The First Friday Gallery Hop (I prefer to simply stroll it) will coincide with the blessing of the bikes and an outdoor movie festival hosted by Krank it Up, our local counter-cultural jihadi bike movement.

Saturday there will be tours and races and bikes, bikes, bikes downtown up to and including a beer tent. There will be roadies racing in the streets, undoubtedly banging elbows and yelling “Dude!” a lot. Sunday morning will see a menagerie of suckers lining up to get lost in the forest on the accursed twilight zone trail. I will pedal slowly in the back of the field muttering “I told you so” and scavenging for dropped loot.

On other fronts, a battle royale is brewing. 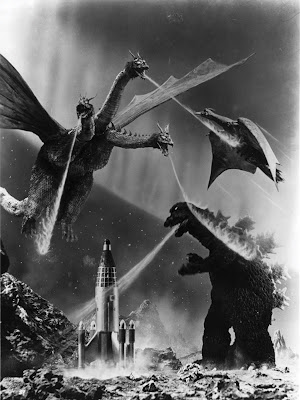 Maybe it won’t be an adversarial conflict, but a convergence of talent. That’s right, if you play your cards correctly you will be around in August to witness Uncle Todd Simmler and Pete “Huck Shins” Burchell loose in the streets. I predict that at any given time there will only be two out of four wheels touching the ground. Todd reports he is at the top of his game and he is coming back to pass out demerits to all of us who ever put a bike in a car or eat cheese.

Two riders will be launched to North Carolina today in order to take trail samples in preparation for upcoming races. The BRC wishes Torso and Bushy an excellent trip. Don’t forget to bring the 10 survival essentials.

What were they again?

4 Responses to The Round-Up