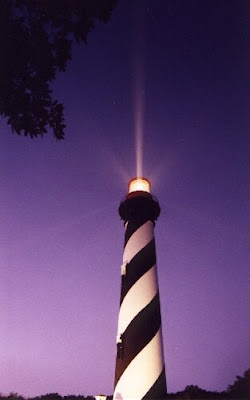 This post will be entirely free of sarcasm. This post will mock no person or human endeavour. If this post has a future it is as a Lifetime Movie event.

Saturday night was a late one. Not like the old days of pre-April 2008, but in the new model, which means I was riding my bike. Mystery the open book, Tommy, and myself spun out a night lap at the only trail left undamaged in the area, the venerable sweet grandma of trails, Munson Hills. I rode without an actual cornea-boring headlamp in favor of a tiny penlight the size of the head of a match. This meant I had to stay peppy and alert so I could anticipate turns and maneuver through the forest in bas-relief.

I didn’t want to get out of bed Sunday morning is what I’m telling you. So when Joe called to meet him at the warehouse it was a fight to tie shoes and brush teeth but I slouched out of here with better late than never conviction.

We had to get ready for the Flood of Support benefit at Lake Ella for Joe and the other Lake Ella shops that were damaged. Joe is the face of this event not only because the entire world has seen him on major news outlets carrying a bike out of his flooded shop, but also because Joe is an anchor business for Lake Ella and he has been on the donating side of these events for 20 years.

At 10:30 A:M I was catching the last load of an ongoing affair. After loading a u-haul truck with bikes and non-damaged merchandise we set off for the Legion Hall at Lake Ella, host to the day’s events.

This is where I began to pay attention. The bike shop was re-created inside alongside the inventory from other shops that were overwhelmed by water.

“Whoa!” I thought, “I’m going to need another cup of coffee.”

Pete was there along with Scotty, Jackie, and this guy Aaron- who since the day of the flood seems to be everywhere Joe & Pete need him without complaint; driving the truck, carrying sloppy wet gear, whatever. Today he was bandaged heavily from a collision with a mini-van, the most recent victim of yet another serious bike-vehicle encounter in this town. Injuries aside, he was on the scene as usual, hanging out and being helpful.

There seemed to be more merchandise than there would usually be in the shop. One explanation is that a frequent target for ribbing on this very website, Sunshine Cycles, donated about 40 pairs of high-end road and mountain shoes to the cause- thereby purchasing themselves a pass from ridicule at the BRC-not that they care one way or the other I’m sure.

It speaks highly of their character, even if they are a bunch of roadie scum. If I was roadie scum, I would totally be shopping there and I encourage you to do so if you have visited this mountain biking site by mistake.

This post is now alarmingly long, and that is one problem with sincerity, it takes time. Half-truths and sarcasm come lightning fast.

The event wasn’t scheduled to begin until 2:00 P:M but already the volunteers who helped make this day happen were going to their wallets and lining up to purchase.

I started to think this wasn’t going to be a typically under-attended grassroots 3 band benefit. After all, this was Joe. If Joe hasn’t helped you out in the last 20 years then you probably haven’t needed much help. Just search this blog for his name and get a sampling of what public service looks like when you do it yourself.

By 3:00 P:M it was pouring outside, but nobody seemed to care. The Legion Hall was already packed shoulder to shoulder and the line ran down the block. You couldn’t park anywhere near Lake Ella by now. People were handing over cash at the door for the privilege of spending more cash to liquidate the refugee inventory salvaged from the flood.

Wendy Halleck was talking to the news, coaching volunteers, and quarterbacking the whole operation. She should have been in charge after Hurricane Katrina.

I stepped outside to move someone’s truck and when I turned to go back in, the path was blocked. Standing in the rain I stood on tiptoes to catch Joe’s attention. I pointed to the throng ahead of me and shrugged my shoulders.

Joe was at the center of a mob holding a fistful of cash and he just smiled and shrugged back.

6 Responses to A Beacon