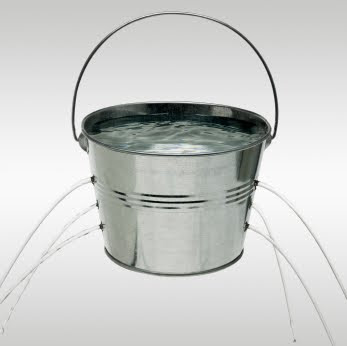 5 days before Christmas and you think I’m going to play the organ grinder reel about how the holidays are supposed to be about things that matter, but instead we get all caught up in the guilt of impossible to meet obligations and the frenzy of mass consumerism? Please. 5 days before Christmas and you think I’m going to ring my silver bell of charitable acts and try to make you cry talking about lonely elderly neighbors and kids with empty stockings hanging on a cold hearth? Not today. Let’s just have a conversation about a bike ride instead. I showed up at Dogboy’s house a few minutes early on Sunday 5 lbs overweight and tired from the ride the day before. I’m nothing if not strong at the gallows step and too proud to hide. I drove past a couple of the bike church boys on my way there, so I already knew what I was in for- a long drop on a short rope. The great reckoning ride of payback. Tommy rode up, and I was glad to see another bike with 26″ wheels, and then a fellow on a 1988 Cannondale Beast of the East rode into the driveway. He dropped me on a previous ride so I knew not to get my hopes up. I was determined to take my shot to the ‘nads and go home hardened by my shame, with a cold eye towards San Felasco. We discussed a route and I breezily suggested a course that kept me firmly established in a close orbit to my 1998 GMC Safari (Van of Champions.) My suggestion fell so short of the expected mileage that it was met with open whooping– that Juancho! He’s so silly! Dogboy cut the chuckling short and announced we would be riding east the way I suggested, by an amended route that took us far to the north, in view of Santa’s workshop. My bowels felt loose at the sound of shoes engaging pedals. It was too late to de-chamois and un-bib so I resigned myself to crouching in the poison ivy at some point in the ride, preferably alone and well-dropped by that point. This never became a problem as my body recycled all of that matter back through the system to absorb remnant micro-nutrients as the pace demanded more power. Within minutes of leaving the Dogboy’s house I was hanging on, lost in a town I have been in 24 years. I decline to comment on the specifics. There will be no Garmin map of the this ride. The wheels anoint the way as we go, and thus becomes the trail. Others may remember it differently, but the pace began at a high simmer. The first dirt we saw was my old friend the Live Oak Connector and I dropped into that oaken-rooted snarl with joy. Full-suspension and little wheels are assets in such terrain. I followed my favorite lines like summer’s hit song and my heart beat solid in my chest. Through Panther Creek and up over the power-lines Tommy blasted us with Dogboy whispering evil in his ear. I stopped caring what was in my tank and just enjoyed burning it up. We paced through traffic and neighborhoods, drainage and easements, park and parking lots both. I rode in the front and in the back. Thousands of pedal strokes later we rode into the familiar trails of the east side, my hopeful destination back at Dogboy’s house. By now mindlessly grinding and unconcerned with the fate of my legs, we ran into Bigworm, riding alone. We rallied behind his nimble wheel into the lower Cadillac trail and rode each to his own pleasure and pace. We rode some Tom Brown, then the Fern trail- for so long my trail to home, rewinding back through the years and the miles, playing the game of this has changed this has not, do you remember that? I remember this. Juancho

5 Responses to Fill the Bucket