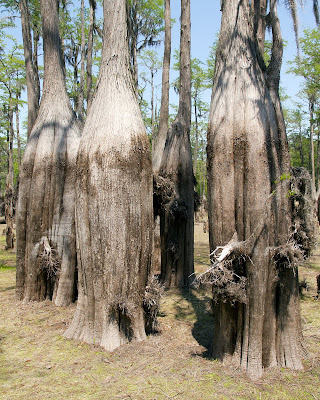 On the way to the south trails for another mundane trip around the hamster wheel Taco remarked that he wanted to scout a route to the western edge of town. He plans to ride his bike out to the forest, shoot a deer, then haul it back through town across his handlebars. Something different, anything, sounded better than the safety of the known.

We rode through the south-side neighborhoods, back through our very early twenties. I easily pictured him on his yellow Giant ATX 760 that he bought with the money he got from an insurance settlement involving a Taco Bell drive-through.

Out the Cascade Lakes area, dry as dust, with the Cypress trees planted like spears, we found the deep sand. The sky was overcast and I was able to nurse my half-filled water bottle and empty stomach until pain gave way to elation and my legs found the deep reserve.

3 Responses to Beast it