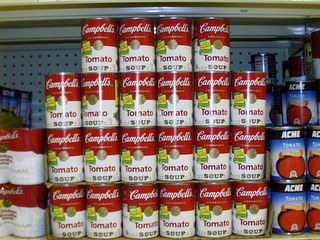 I’m just not very good at this sort of thing. As soon as the sun disappears for more than 8 hours I fall to pieces. What do you people do to get through the gray days? I work on my bike, but it doesn’t really need anything. I try to keep laundry mountain going, but that doesn’t require a lot of supervision. Pretty much, I spend all morning circumventing the bottle of wine that follows me around the house with it’s plum red eyes. Eventually I will fall to it’s persistent, expectant stare and do what I do best- drink red wine on shitty gray days. Allow me to reminisce…

The sun disappeared one day in January and by the end of February the newspaper headline read: 40 DAYS WITHOUT SUN! To the local “webfoots” this was some milestone of accomplishment, to me it was a license to drink red wine. All 6 of the major bridges over the Willamette river were equipped with crisis phones and placards describing S.A.D. (Seasonal Affect Disorder) or the urge to kill oneself after not seeing the sun for forty days.

I was a bike messenger for TRANSERV, ie the RED ARMY, so called because of the red Burly jackets and there were about 50 of us. It was the lowest paying of all the messenger services in town. The day would start like this.

Wake up and put on soggy bike clothes from the day before.
Cook and eat 5-10 pancakes with peanut butter and maple syrup.
Drink a pot of coffee.
Walk outside, get on bike, and ride into a soft rain, or a hard rain, or a drizzle, or a misting rain.
Stay soaked all day delivering packages to Bid’ness people.
Lurk with the freaks under the Burnside Bridge
Go home, drink red wine, or maybe a 12 pack of Hamm’s lager.
Go to bed
Repeat

On Saturdays and Sundays I would wake up and listen to depressing music like Spaceman 3 and the Velvet Underground, and start drinking red wine at 10:00 A:M. It didn’t really matter, there were only two times of day, “Gray” or “Black”.

After that winter I packed it up and came on home to Florida, the sunshine state.

Three years, 3 countries, and two states later I find myself in upstate New York, bartending and waiting tables at the Tin Pan Galley. this will prove to be a bad decision. It is the beginning of summer, yet the sky has been riveted shut with dark, steel-blue clouds. On my first day there I sit down to brunch at 10:30 A:M, have one mimosa with strawberry-ricotta stuffed french toast, then push my unfinished plate and drink aside and open a bottle of red wine. At 6:30 P:M I get up from the table, wade through the bottles at our feet, and go to bed. This becomes a gray day ritual for the summer. I finish my indentured servitude in September and leave “Scratch-it harder”, NY to return to the sunshine state.

10 years later, far from the gloomy downtown of Portland, or the ink-black waters of Lake Ontario, the rain is falling hard and steady under a black sky. I know I wrote the other day that nothing would keep me from the trail, but you should be accustomed to my delusions, my hyperbole, my whole house of cards. I did ride down to the bar to get my truck this morning, if that counts for anything. It was raining, and my head hurt. My brother, who has chosen the moniker “Paco”, dutifully saddled up and accompanied me down there.

Now the red wine clock is ticking. I think I’ll go with a nice red zinfandel to get things started.

← Fuck you Arlene!
Out of Pocket →

4 Responses to Hunker Down